Abstract:
We report an effective, operationally simple, and environmentally friendly system for the synthesis of tertiary amides by the oxidative coupling of aromatic or aliphatic aldehydes with amines mediated by riboflavin tetraacetate (RFTA), an inexpensive organic photocatalyst, and visible light using oxygen as the sole oxidant. The method is based on the oxidative power of an excited flavin catalyst and the relatively low oxidation potential of the hemiaminal formed by amine to aldehyde addition. 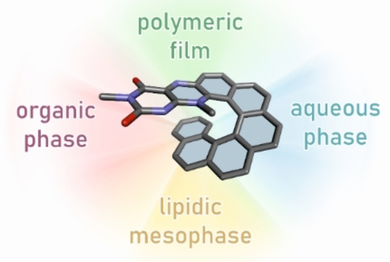 The complex characterization of a flavo[7]helicene conjugate is reported in this work. This conjugate combines inherent helical chirality with redox activity, which was studied in solution (both aqueous and organic phases), in layers (electropolymers), and in the solid state (a single crystal).

Abstract:
This work reports on the preparation and structural characterization of flavo[7]helicene 1 (flavin-[7]helicene conjugate), which was subsequently characterized at the molecular level in either an aqueous environment or an organic phase, at the supramolecular level in the form of polymeric layers, and also embedded in a lipidic mesophase environment to study the resulting properties of such a hybrid relative to its parent molecules. The flavin benzo[g]pteridin-2,4-dione (isoalloxazine) was selected for conjugation because of its photoactivity and reversible redox behavior. Compound 1 was prepared from 2-nitroso[6]helicene and 6-methylamino-3-methyluracil, and characterized using common structural and spectroscopic tools: circular dichroism (CD), circularly polarized luminescence (CPL) spectroscopy, cyclic voltammetry (CV), and DFT quantum calculations. In addition, a methodology that allows the loading of 1 enantiomers into an internally nanostructured lipid (1-monoolein) matrix was developed. 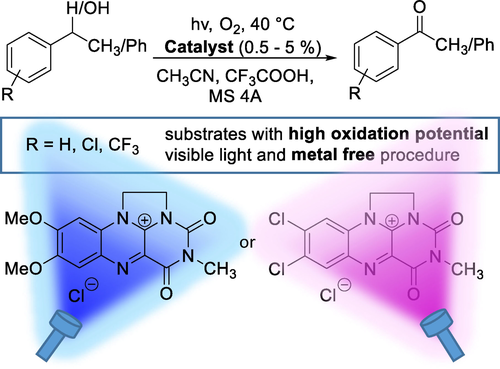 Abstract:
7,8-Dimethoxy-3-methyl-1,10-ethylenealloxazinium chloride (1a) was found to be a superior photooxidation catalyst among substituted ethylene-bridged flavinium salts (R=7,8-diMeO, 7,8-OCH2O-, 7,8-diMe, H, 7,8-diCl, 7-CF3 and 8-CF3). Selection was carried out based on structure vs catalytic activity and properties relationship investigations. Flavinium salt 1a proved to be robust enough for practical applications in benzylic oxidations/oxygenations, which was demonstrated using a series of substrates with high oxidation potential, i. e., 1-phenylethanol, ethylbenzene, diphenylmethane and diphenylmethanol derivatives substituted with electron-withdrawing groups (Cl or CF3). The unique capabilities of 1a can be attributed to its high photostability and participation via a relatively long-lived singlet excited state, which was confirmed using spectroscopic studies, electrochemical measurements and TD-DFT calculations. This allows the maximum use of the oxidation power of 1a, which is given by its singlet excited state reduction potential of +2.4 V. 7,8-Dichloro-3-methyl-1,10-ethylenealloxazinium chloride (1 h) can be used as an alternative photocatalyst for even more difficult substrates. Making light work: Alloxazinium salts (flavin derivatives) are very strong oxidizing agents in their excited singlet and triplet states after absorption of visible light. When suitably substituted, these salts are relatively photostable and robust for practical applications in photoredox catalysis, as shown by the detailed mechanistic study on the [2+2] photocycloelimination reaction mediated by 7,8-dimethoxy-1,3-dimethylalloxazinium perchlorate.

Abstract:
Flavinium salts are frequently used in organocatalysis but their application in photoredox catalysis has not been systematically investigated to date. We synthesized a series of 5-ethyl-1,3-dimethylalloxazinium salts with different substituents in the positions 7 and 8 and investigated their application in light-dependent oxidative cycloelimination of cyclobutanes. Detailed mechanistic investigations with a coumarin dimer as a model substrate reveal that the reaction preferentially occurs via the triplet-born radical pair after electron transfer from the substrate to the triplet state of an alloxazinium salt. The very photostable 7,8-dimethoxy derivative is a superior catalyst with a sufficiently high oxidation power (E*=2.26 V) allowing the conversion of various cyclobutanes (with Eox up to 2.05 V) in high yields. Even compounds such as all-trans dimethyl 3,4-bis(4-methoxyphenyl)cyclobutane-1,2-dicarboxylate can be converted, whose opening requires a high activation energy due to a missing pre-activation caused by bulky adjacent substituents in cis-position. 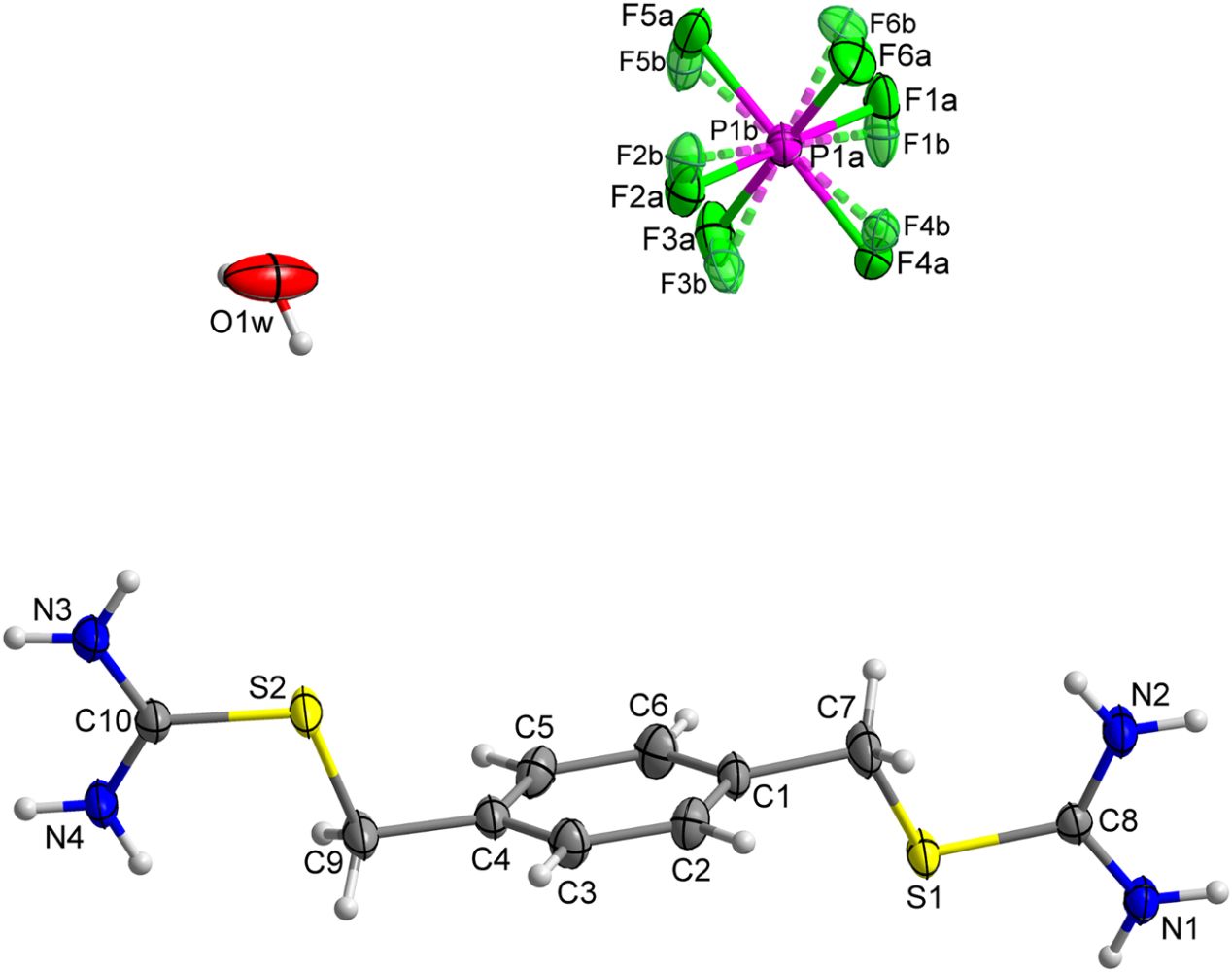